The outbreak and rapid spread of a new coronavirus from China has caused great concern worldwide as the virus is highly contagious and spread in air, from contaminated surfaces and via personal contact. 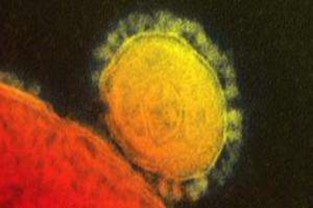 Early data indicates that the infection rate is higher than that measured for another virulent coronavirus called SARS in 2002 and 2019. 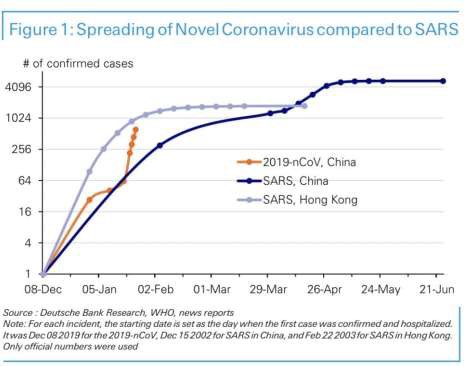 Epidemiologists have confirmed the source of the new coronavirus as a wild animal market in the Chinese city of Wuhan where vendors sell dozens of carcasses and live animals including bats, rats, ostriches, crocodiles and hedgehogs. The Wuhan Institute of Virology has determined from patient samples that there is a 96% match to bat coronavirus. The SARS coronavirus outbreaks of 2002 also originated in bats and spread to humans via palm civets, cat-sized mammals sold in Chinese markets.

This latest form of the coronavirus causes severe acute respiratory illness manifested as coughing, fever and pneumonia similar to that caused by the variant of the coronavirus called “Middle East Respiratory Syndrome Coronavirus” (MERS-CoV) that was first described in September 2012. The MERS coronavirus epidemic resulted in a fatality rate of 49%. There is concern that, given the high infection rate, the new virus may have a similarly high fatality rate, particularly among those with compromised immune systems.

Dozens of people in several US cities have been infected principally by exposure to travelers from Asia. Health authorities in major cities like Los Angeles, San Francisco, Atlanta, Seattle, New York are screening airline travelers. Over 100 people in 26 states have been investigated and are being monitored for the virus. The expanding outbreak has sparked concerns at schools and universities across the country that have exchange programs with China. The CDC confirms that there is no vaccine available and recommends routine sanitary precautions to minimize the risk of infection.

Risk of infection is highest in densely populated cities, public areas and transportations centers where the airborne virus can become concentrated. Of particular risk are public rest rooms.

MERS transmission has been confirmed by inhaling aerosolized contaminated stool when flushing an open toilet. Aerosols persist in air for extended periods of time. Travelers and health care workers are at the highest risk.

HGI Industries has developed a range of innovative sanitizing devices (Odorox® line of products) that are powered by high energy ultraviolet photochemistry, just like the action of the sun. These devices kill 99.99% of viruses, bacteria, mold and other pathogens in air, on surfaces and fabrics safely, in areas as small as an office or as large as hundreds of thousands of square meters (millions of square feet). HGI’s proprietary technology sanitizes by generating effective levels of atmospheric hydroxyl radicals, nature’s powerful atmospheric sanitizing oxidant.

Airborne hydroxyls are the perfect sanitizing agent. They react with a broader range of chemicals and are over one million times faster than ozone, bleach or other sanitizing agents. They react so fast that they are consumed within a few seconds, so they never accumulate. The cascade of organic peroxy and oxy sanitizing compounds formed also react very rapidly. Volatile organic by-products are rapidly decomposed as they are recycled through the device. Indoor environments are rapidly depleted of natural hydroxyls and build up unhealthy levels of chemicals, bacteria and viruses. Odorox® technology eliminates this build-up and restores nature’s safe balance indoors.

Atmospheric hydroxyl radicals (hydroxyls) are continuously produced by the action of the sun’s ultraviolet energy on oxygen and water in our atmosphere. There are, on average, two (2) million hydroxyls in each cubic centimeter of ambient outdoor air during daylight hours.

(D. E. Heard, “Analytical Techniques for Atmospheric Measurement”, Blackwell Publishing, 2006 – professor at the University of Leeds, UK). They keep air safe to breathe by decomposing natural and man-made pollutants and killing microorganisms. They sanitize air and surfaces by a natural process called lysing, where the hydroxyls react chemically with the lipids, protein carbohydrates and other organic chemicals in the cell wall and membranes of bacteria, viruses and other pathogens and disrupt their structure. The interior contents of the cells leak and the organism is destroyed. The mechanism for killing microorganisms is not biological, so the bacteria or viruses cannot develop any form of immunity.

Odorox® measured kill rates across a broad range of microorganisms on hard and porous surfaces and in air are consistently over 99.9%. Kill rates for aerosolized microorganisms are exceptionally high in the measured range of 4-5 log (99.99 to 99.999%) within several hours, as shown below from a study of the Odorox® MDU/Rx™ device presented to the FDA. This is particularly effective for the spread of viral disease as the main vector for transmission is inhalation of aerosolized virus. 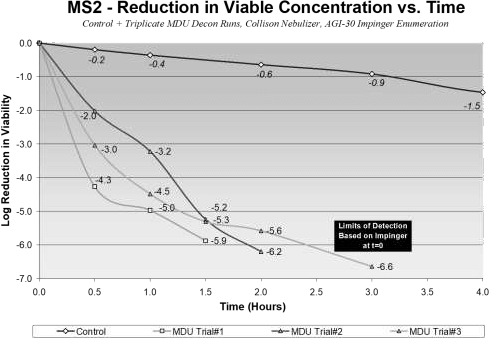 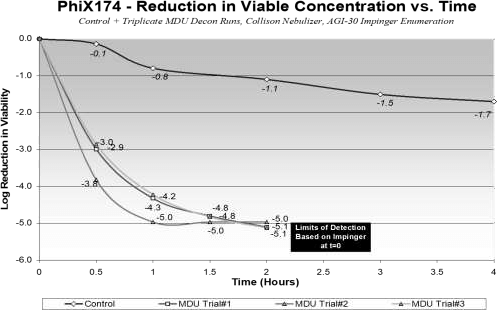 HGI’s Odorox® UV technology is unique: it is completely different from germicidal UV-C technology. Odorox® devices generate more intense and high energy UV radiation within a patented reflection chamber. Different models are customized for specified applications and volumes of space to ensure that hydroxyl levels match safe levels found in nature. Odorox® devices have received the ETL safety mark and the MDU/Rx™ model has been approved by the FDA for use in occupied spaces in medical facilities (510k #133800, 2014).

Odorox® portable devices can treat rooms from 27 to 540 square meters (300 to 6,000 square feet), either as standalone units or by integrating into existing heating and ventilation systems. Odorox® commercial devices are designed to treat large spaces - up to thousands of cubic feet

HGI’s Odorox® devices are manufactured in the United States. HGI can rapidly design and implement custom solutions that effectively treat public places at risk of coronavirus contamination and propagation. HGI can help authorities to rapidly put in place solutions that sanitize the air and surfaces in hospitals, airports, train stations, schools, universities, health clinics and other public places.

Every year, I get a "cough," which ranges from somewhat annoying to almost incapacitating and lasts for three weeks to 4 months!. At its best, the persistent cough is annoying to me and those around me and, at worst, has me moments from passing out from coughing so hard and so long. I keep the Hydroxyly Processors running 24 x 7, and they are quiet and unobtrusive. Over the years, I have visited no less than 13 different doctors, from General Practitioners to Pulmanlogists to Cough Specialists at Montefiore Hospital in the Bronx. Nobody nor anything had alleviated the cough. I have tried multiple in-office and home therapies, a myriad of various drugs, breathing exercises, and more.

Just less than two years ago, after reading about Hydroxyl processors and their health benefits, I obtained two MySpace room Hydroxyly Processors/Air purifiers and began using the Pyure MySpace Hydroxyly processor machines, both in my office and at home. I am incredibly thrilled to say unequivocally that I have not coughed in just shy of two years! A secondary benefit cropped up. I used the OdoroxAir machine to destroy viruses, molds, bacteria but then found out that it also destroys COVID; wow!. The devices are small enough to pack in a suitcase or through in the car, and I have taken the MySpace to Florida (twice), using it in hotel rooms and a week in an Airbnb.

This MyaSpace machine and OdoroxAir have both been godsends, protecting my family and me from COVID and alleviating a close to 10 year-long mystery of chronic coughing. In addition, my wife gets Bronchitis often; she also has a recurring history of Bronchitis; she also has had no coughing, and of course, COVID free even before we had the vaccine.

We are building a new home, and we intend to incorporate an Odorox®/Pyure IDU™ Model into the HVAC system in the house. Worth every cent for not only wellness, but peace of mind: that our home will be free of everything from VOCs to Mold, bacteria, MRSA, COVID, smells, viruses, and more.

I can say that I Highly recommend both OdoroxAir and Pyure Hydroxyl processors.

Thank you for selecting Angels to test your Odorox Hydroxyl Generator in our hair and beauty salon during the month of November. As you know Hair Salons are full ofVOC's (Volatile Organic Compounds) and other difficult odors derived from chemical solutions used on a variety of applications such as perms. Some of these odors are nearly impossible to get out and at times can be irritants to my employees or customers.
Your machine was simply amazing, not only did it get the airborne odors out of the ambient air in only a few hours, but after operating over night all of the odors were eradicated from the walls, surfaces and furniture. Each morning we came into an
. odorless sanitized environment that felt fresh and clean. We don't understand how you got the odors out of the furniture without it passing through the machine but we can't complain about the result
When you informed me that the elevated oxygen that emits from the machine would eliminate the tiredness we all feel by the end of the day I didn't believe you. Well I must
say I will never doubt you now, the clean oxygen rich air not only surprised me in how it eliminated my normal afternoon fatigue but other customers commented on it
too.

Thank you once again for showcasing your technology in our facility.