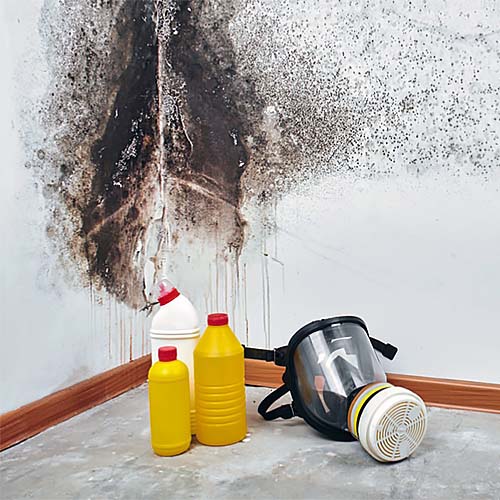 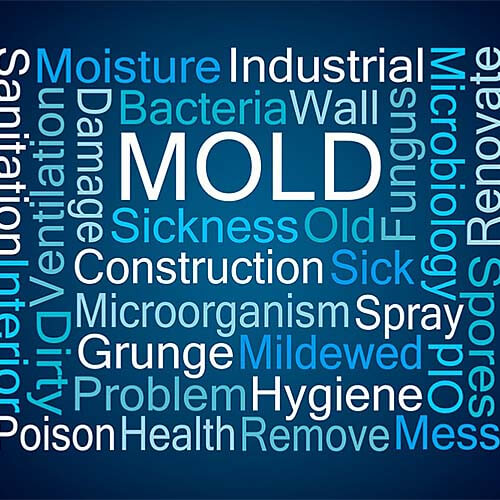 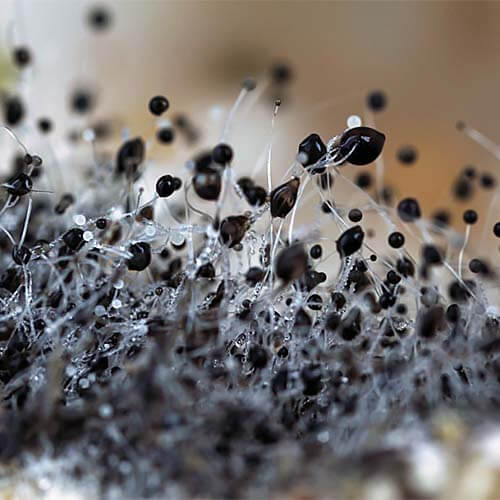 While there are many different types of mold on earth, one of the most common and concerning is Aspergillus niger. This is generally believed to be the most common form of fungi in the world with more than 200 species having been identified. While many of these specifies are only mildly allergenic or completely harmless, there are some that are incredibly dangerous to humans and have been known to cause acute and chronic infection and disease, which is why so many people are interested in how to kill Aspergillus niger. One laboratory, MBL Laboratories, states that this type of mold is concerning because it can be inhaled and then penetrate deep into a person’s lungs. The small size of the spores makes it difficult for people to clean their homes and eliminate the mold on their own. There are many species of Aspergillus that are dangerous to people, including: A clavatus or Anacyclus clavatus, A versicolor, A flavus, A ustus, A fumigatus, A terreus, A glaucus, A oryzae, A nidulans, and A niger or Aspergillus niger.

Luckily, most of these dangerous species are very rare in indoor locations but there are a few, namely A fumigatus, A flavus, and A niger, that are often found in public buildings and residences. This is because these spaces provide great growing environments for the mold. People are always wondering how to eliminate mold, especially because Aspergillus niger can so easily grow on many different substances. This mold can grow in areas without many nutrients, making it incredibly hardy. It is black and has a yellow or white layer underneath. While a very concerning type of household mold, chances are good that you will be infected by a different type of Aspergillus. A niger is able to form fungal balls deep in lungs, which will grow and cause symptoms.

This mold is best known for producing aflatoxin, which is a mycotoxic mold that can lead to liver cancer. This is a risk when consumed and inhaled and can cause serious infections.

This is the most virulent strain of all and causes the majority of Aspergillus infections. People can become hypersensitive to this mold, developing horrible asthma symptoms. This mold loves to live in areas with decomposing organic material but is highly adaptable. While not a black mold, this mold is very dangerous and needs immediate removal. People want to know how to stop mold on food and fruit; using Odorox/Pyure Hydroxyl Generator air machines is a great step.

People are constantly exposed to small amounts of these spores but this is not usually a problem outdoors. Indoors, however, the spores can multiply and be spread through the building, thanks to the indoor ventilation, allowing them to become dense and cause harm. They can cause many reactions when present indoors.

Many people want to know how to eradicate black mold because they have allergic reactions to it, including sinus congestion, sore and irritated throat, sneezing, hives, bloodshot eyes, and coughing. Additionally, some life-threatening reactions can occur, including serious problems with breathing.

When the spores are inhaled, they will grow inside the lungs. This can cause many different medical problems, such as allergic bronchopulmonary aspergillosis, which causes the immune system to become hypersensitive to these spores and results in many symptoms. They include difficulty breathing, loss of appetite, and even permanent lung damage.

This disease causes the growth of fungal balls in the lungs that will release toxins into the body. Symptoms include weight loss, chronic coughing, and coughing up blood. A lab test is necessary to identify the mold and to determine what is causing the problem. Aspergillus molds can grow anywhere in the home where there is moisture and oxygen, which means that you need to treat your whole home to stop their spread. This is especially important if you have had problems in the past with mold in your home. Using a machine from http://www.odoroxair.com that can kill, remove, and eliminate these spores is key to a healthy home and family. These processors will not only eliminate the smell of mold but also kill the spores and prevent them from harming you.