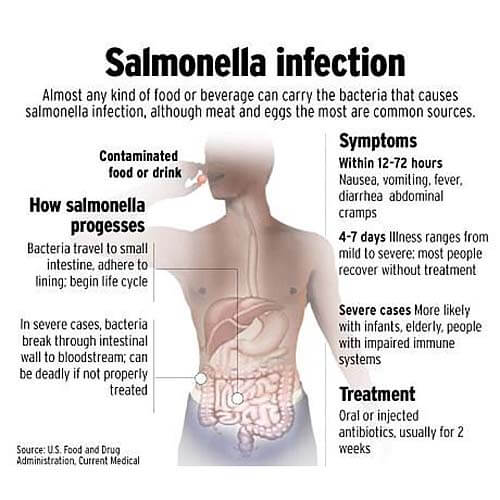 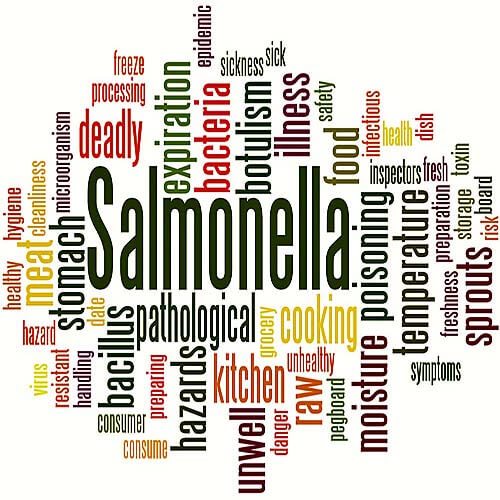 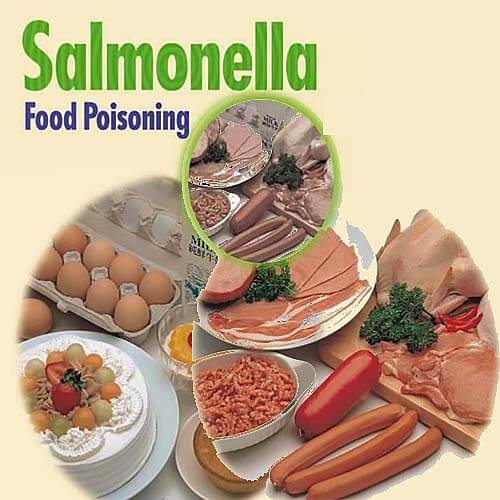 How to Kill or Eradicate Salmonella Using Odorox Hydroxyls

This is a very large group of different bacteria that can infect both animals and humans. With more than 2000 sub-species of salmonella able to infect humans, it's easy to see why an understanding of this bacterium and how to prevent its spread is important. The bacteria can cause salmonellosis, which is associated with food poisoning. Typhoid fever is similar to the flu and only infects humans. This is caused by the sub-species Typhi.

Most of the salmonella species work by infecting the small intestines. It only takes 14 to 20 cells of bacteria for the host to become ill. The bacteria can pass through the small intestines into the middle layer of this organ, which causes inflammation. Long-term salmonella infections can spread into the bloodstream and to other organs. This has prompted many scientists and doctors to wonder how to kill salmonella. Unfortunately, salmonellosis doesn't have a vaccine but typhoid fever does and it is commonly given to people traveling to areas with frequent outbreaks. These vaccines, while useful, are not perfect and travelers can still get sick by eating questionable food or drink. Antibiotics are given to people who have salmonellosis or typhoid fever. While there is no immediate way for people to feel better, electrolytes and fluids administered intravenously can help reduce the dehydration. Effects can occur up to three days after being exposed and include fever, vomiting, nausea, diarrhea, and headaches. Without treatment, salmonellosis will last up to a week. Longer durations will lead to dehydration and will give the infection time to spread to the bloodstream. Typhoid fever is characterized by weakness, constipation, fever, a rash, and muscle aches and can last up to a month, ending in death for some people.

Precautionary Measures to Take People always want to know how to eradicate salmonella and while there is no real way to get rid of it, there are certain measures to take: Clean: Hands and Surfaces Wash hands with soap and warm water before and after handling food Wash all kitchen surfaces with warm soapy water Cloth towels used in the kitchen need to be washed on hot Consider using paper towels that can be thrown away Separate: Be Aware of Cross-Contamination Separate raw meat from other foods Use separate cutting boards While salmonella removal can seem impossible, following these health and safety guidelines will reduce the chance of you getting sick. Consider investing in a Hydroxyl generator from http://www.odoroxair.com to create and release Hydroxyls in the air. They will kill and remove viruses and bacteria from the air and from surfaces.

Never place cooked meat near raw meat Cook: Make Sure That Food Is Safe Use a food thermometer to make sure that food is cooked to the correct temperature Bring leftovers such as gravy and soup to a boil when reheating Reheat all leftovers to high-enough temperatures Chill: Know How to Cool Food Properly Refrigerate leftovers promptly Make sure that the refrigerator is cold enough by using a thermometer to monitor the temperature Marinate foods in the refrigerator Split leftovers into smaller containers so that they can cool faster Thaw food in the refrigerator, not at room temperature on the counter While salmonella removal can seem impossible, following these health and safety guidelines will reduce the chance of you getting sick. Consider investing in a Hydroxyl generator from http://www.odoroxair.com to create and release Hydroxyls in the air. They will kill and remove viruses and bacteria from the air and from surfaces.

Our neighbor smokes constantly and since the ventilation in our building isn't adequate, the smoke fills our office as well.

As a non-profit that serves pregnant women and young children, it was a constant frustration. We had even reached the point where we were going to look for new space. When John installed the two Odorox Air machines, we noticed the difference quickly. The air cleared up! Even the baby clothes we provide our clients stopped reeking of smoke! Our clients and volunteers commented on the difference. We are so grateful for these machines. They work so well and solved our problem!