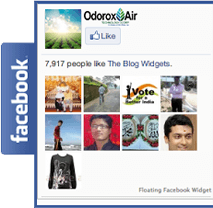 Mold, Fire Odors Are No Match For Odorox/Pyure Hydroxyl Processors

Michael, how long have you used the Odorox/Pyure hydroxyl generators in your business? About four years. What do you use them on? Water, fire, pretty much anything that has an offensive odor.

You found the machines since about 2010. Since then we've been using them on all our, smoke or fire damage, jobs even on sewage losses, water damage, mold, really anything that we're dealing with, an odor issue. And, the tenants need to stay at the facility or their, their property, their home.

Have you tried to type? Yes. So he has a factory in a large commercial job where we put five of them on for about a week and um, they really didn't do anything. That was the problem. Ended up sending them back. We installed your, your product ran for about two days. That completely solved the problem.

You guys recently had a pretty large loss at a grocery store, where you had to, had to rent number of machines and, and we helped you out there. Go ahead. If you could, don't mind just tell us a little bit about, how that loss went for you?

Absolutely. We got the call probably at about four 30 in the morning on a Sunday, and this is a supermarket. I made the call to Odorox/Pyure. I said, we've got a very large facility, a strong smoke odor throughout, within hours, I had as many hydroxyl generators as we needed. By the next day on Monday, the store was back open. The odor was pretty much gone. We left the machines going for one more day just to make sure that we took care of the odor. In all honesty, I totally endorse, the Odorox/Pyure hydroxyl generators for any type of odor control.

The Odorox/Pyure machine to the only way to go. We've tried to use ozone, we've tried to use other products, year Odorox/Pyure, and equipment to be superior. And most importantly, when we call you guys, you respond, you're there for us. We're a results driven company and our clients want results. So that's why we turned to you guys.