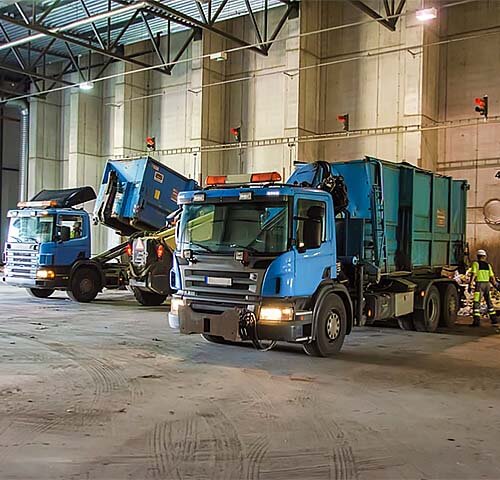 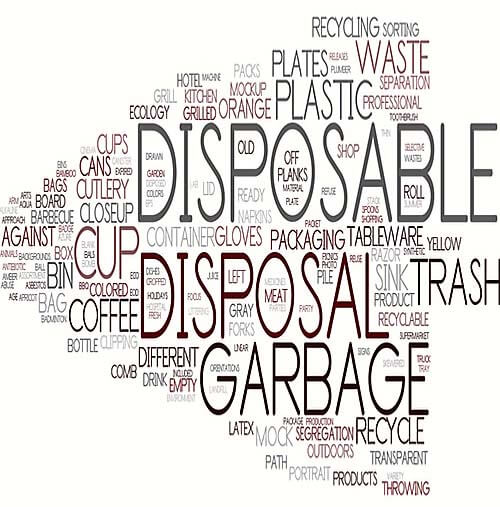 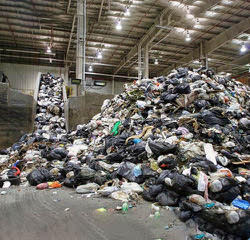 Small cities everywhere are looking for the best solution to maximize space for residential and commercial properties. One viable option that many people choose is to use high rise buildings that mix both apartments and commercial locations together. This is a great way to save space, but it does tend to come with a number of challenges, especially for residents who live over restaurants that have a lot of waste. One solution that buildings have for dealing with trash is to have a trash room where everyone can store their trash, but the often smell horrible. Many buildings also have trash chutes so that the residents can simply dump their trash into the chute and have it fall to the trash room without having to walk it downstairs.

While this is very convenient, it does come with its own set of unique problems that need to be addressed. The main problem with this is that then the building has to worry about how to get rid of odors in the trash room, as the space can smell before pick up. These smells can travel up into the apartments, and if a bag gets stuck in the trash chute, then the smell can be even worse. Building management needs to be aware of how to remove garbage odors so that they don’t have problem with unhappy residents. It’s impossible to remove all of the odor in a garbage room, but it is possible to decrease the smell and make sure that it doesn’t filter out into other spaces in the building. Using Odorox/Pyure Hydroxyl Generators is the best way to eliminate trash odors.Two machines, one on either end of the trash chut, will ensure that odors can’t escape the trash room, even when buildings are 40 stories tall. Individual business can benefit from using an Odorox/Pyure machine in their trash room as well, as it will eliminate odors as well as any pests that are attracted to the garbage.

This results in a cleaner business and one that smells much better. This is a great technology to use when you are worried about how to get rid of odors in compactor room, grease traps, or recycling rooms. This technology is great for apartment building garbage smell/odor elimination in small spaces, as there is very little maintenance or upkeep on these machines. Odorox/Pyure technology only needs an electrical outlet as well as airflow to work. This means that you don’t have to worry about how you will find time to replace filters or clean the machine or what you will do if you are unable to fit comfortable in the same space as the machine. Recycling odors are present at recycling plants, at work, at home, and in trash bins, and can be caused by food being left in hot and damp conditions without any airflow. The recycling odor that is present from farmland due to manure and compost can be very strong and difficult for neighbors to live with. It’s only by dealing with the smell correctly that the odor can be deodorized and the smell is not a problem for other people.

In addition to smelling bad, the odor caused by recycling can also be harmful, as the toxins and bacteria present in recycling bins and trash can cause disease and health problems. You can eliminate these problems and avoid health issues by relying on hydroxyl processors to deodorize the area. These devices are able to get rid of odors by using green technology. By generating hydroxyls which will then attach to and destroy odor molecules, users can clean the air quickly and easily. This green technology creates hydroxyl molecules without also creating harmful byproducts or relying on the use of dangerous chemicals. Instead of masking the unpleasant odors that you are dealing with, you can destroy them with the right equipment. This is much safer for users, as well as for the planet. Hydroxyls are a natural way to clean and deodorize the area and will help everyone live a healthier and a happier life without worrying about spread of disease and bad odors or the use of harsh chemicals to try to mask or destroy the odor. To learn more about the benefits of our products or to voice your concerns, please call us at 888-24-7446 x 211. Please email Odorox Air/Pyure anytime. If you prefer to call, we are available during normal business hours at 888-246-7446 x 211. A knowledgable representative will be able to answers any questions or concerns and even set up rental or demo of our Hydroxyl Processors/Generators. We help you to understand how to achieve the cleanest air for business, home, office or any space. Using https://www.odoroxair.com/OdoroxAir/Pyure Hydroxyl Processors is the best way to eliminate Smells, Odors In Trash and Garbage Rooms. Large or Small Building, Natural Odor Elimination From Trash Rooms, Compactor Rooms, Areas using OdoroxAir/Pyure Hydroxyl Generators

We're pretty small-time, and we serve a poor district, so we don't have a lot of money for science. We've found no reference to anybody using hydroxyl generators in ambulances. But the independent lab reports we've read say that in structures, this device destroys more than 99.9% of airborne, surface and contained anthrax, Clostridium difficile, Escherichia coli, influenza A, Pseudomonas aeruginosa, Listeria monocytogenes, MRSA, Staph aureus, molds and their spores, and tuberculosis bacilli on stainless steel and cotton fabric surfaces during a single 12-hour exposure.(1Ð3)
We also know from experience that it eliminates biologic and non-biologic odorsÑincluding emesis, blood, smoke and ethanolÑand produces no odors of its own.
They're commonly installed in the heating, ventilating and air conditioning systems of public buildings, especially in humid areas, and they're routinely used to purify structures after flooding. Fire departments use them to sanitize turnout gear.
How do these things work? Ours contains a fan that draws .dirty. air through a multiple-wavelength ultraviolet chamber, then exhausts it as clean airÑalong with hydroxyl ionsÑback into the environment. Hydroxyls occur naturally in sunlight. Although they're deadly to one-celled organisms, they're harmless to people and animals. Likewise, tests prove they break down airborne aldehydes, ozone, carbon monoxide and volatile organic compounds.(4)
According to Chris, you can actually get these things in much smaller sizes, designed for permanent mounting in an ambulance, for about $500. That would spread the cost of one over the span of a lease, or the life of a vehicle. JEMS - Journal of Emergency Medical Services
References


Plainfield Board of Education
Public Schools


We invested in the Pyure Odorox technology in November 2019 to remedy a chronic odor issue in a library at one of our campuses. We had numerous companies and products attempt to solve the underlying issue but all companies failed except for the Pyure Odorox hydroxyl generators. We are very grateful for its performance and are taking steps to incorporate the technology as part of our enhanced cleaning and disinfection processes as we move to bring students and staff back from the pandemic.

We highly recommend the technology, without reservation.